What’s the difference between mice and rats?

Do mice and rats look the same?

In layman’s terms, both species look similar at first glance because of their comparable shape. They both have pointed noses, rounded ears, and small circular black eyes. Many people view mice as smaller versions of rats, and though this is not too far from the truth, there are some key visible differences between the two. The most obvious differences are in their size and coloring. Mice are quite a bit smaller than rats, and though their shape is similar, many of their physical attributes, such as their fur, tail, and paws, are very different. The easiest way to differentiate between a mouse and a rat is by looking at the size and coloring because those are the two greatest differences between the breeds.

Do mice and rats live in different environments?

Because of their sheer size difference, mice and rats often prefer different ecosystems. Mice are small, so they are inherently more vulnerable to predators. Because of this, they will choose to live in more rural areas, such as suburban homes, domestic gardens, and bare fields. These remote locations will keep them safe from their predators and most human activity. On the other hand, rats are larger and much less vulnerable, so they can gravitate to more urban areas. These quick-paced areas provide easy scavenging and shelter, mainly through the sewage system, in which rats are infamously known for dwelling.

Do mice and rats eat the same things?

Society has always portrayed rodents as cheese lovers, but the fact of the matter is that they rarely eat cheese because their food must contain more carbohydrates than cheese provides. However, these menaces are scavengers, and they will eat almost anything in sight, so eventually, you might see a rat eating cheese. Though there are slight similarities between the two breeds’ diets (mainly their scrounging tendencies), their differing sizes and preferred ecosystems cause some divergence within the food that they eat. Both species eat grains, nuts, and fruit. However, rats usually need more protein, which they mostly receive from insects or, on rare occasions, small mice. Rats are larger animals, and they need more sustenance in their diet. Though they are capable of living off of small grains, they will rarely pass up the opportunity for more food.

How can you tell if mice or rats are living in your home?

In most situations, it is somewhat easy to determine what type of rodent is living in your home because both species will leave their own markings. Rats will normally leave things around the house alone, as long as they have a food source and a comfortable nest. Mice, on the other hand, will normally cause damage to your electrical wiring, or they will leave small holes in furniture and clothes left around the home. So, if you’re hearing a ruckus but seeing no damage, you are likely dealing with a rat.

If none of these signs have helped in solving the mystery, a common way of determining the type of pest in your home is to look at their droppings. Their droppings are similar in shape but not in size, so the larger the dropping, the more likely you are dealing with a rat. Looking at rodent droppings may seem less than desirable, but sometimes it is the only way to identify the breed and get it sent back to its rightful home.

Why is it important to remove rodents from your home quickly?

Rats and mice can seem harmless because they rarely cause major structural damage, but they can cause cosmetic damage and chew through electrical wiring. Additionally, rodents can easily catch diseases because of their close proximity to the ground and their ability to travel within the sewage system, so their quick visits to your home could cause you and the people you love to get sick. Furthermore, their droppings and urine are not safe for humans to live around, simply because they can give off toxins that will remain in the air for long stints of time. It is easy to be swayed by their cute and relatively discreet nature, but it is important that you have these animals removed from your home as quickly as possible.

With temperatures beginning to drop in Texas, check out some commonly asked questions about mice and their behavior during the winter months. If you have seen signs of one or many rodents in your home or business, call 855Bugs and schedule a free inspection today! 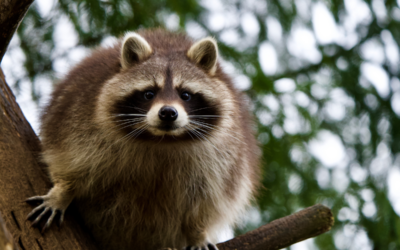 How to Get Rid of Raccoons

Raccoons are mammals that belong to the Procyonidae family. These pests are omnivorous scavengers, and they are not afraid to venture out of their homes for food. Their omnivorous tendencies allow them to eat anything in sight, whether it be other small animals or... Whether you suspect a pest problem in or around your home or want to be proactive and prevent an infestation, 855Bugs is here to help with our FREE pest inspections! Maybe you’ve discovered some random bug bites on your body and are concerned you may have a bed bug...