What kinds of squirrels live in Central Texas?

What do squirrels eat?

As the stereotype goes, both of these squirrels eat acorns. However, this is not all that these adorable but pesky creatures munch on. These breeds have very similar diets, which are mostly made up of various grains and seeds. Occasionally, you will come across one of these little fellas eating flower buds or small insects. However, most of the time they gravitate to carbs…just like many of us! These squirrels find most of their grains and seeds from trees. They’ll climb and scavenge for any small acorn or nut they can find. If our furry friends are unable to find their daily nutrients in the trees, they’ll come to ground level and eat small insects or fruits.

Where and how do squirrels live?

Both species like to hunker down and get comfy in small burrows in the trees. These critters will use small sticks and leaves to build nests that keep them warm and safe throughout the night.  Oftentimes, when you see these agile creatures hopping from limb to limb, they are gathering materials to build their nests. Squirrels are prey to ground mammals such as coyotes, so their elevated homes will also keep them safe. Additionally, their home within the trees provides very easy access to their preferred foods: acorns and bark. Both of these breeds of squirrels depend on trees for shelter and food. Thus, conserving trees is paramount if we want to keep our furry friends thriving.

Do squirrels hibernate in Texas?

As children, we were taught that mammals hibernate in the winter. Though this is often true, hibernation is much different than what we were taught. Mammals do hibernate. However, instead of sleeping for months on end, they simply burrow to keep away from the cold and conserve their food. Hibernation is a tactic used by animals to conserve energy in the winter and to lessen their contact with the cold.

In a state like Texas, where we have very mild winters, most of our mammals hibernate for a limited time. Both types of squirrels mentioned above do hibernate, but only for about 2-4 months. Leading into the cooler months, they will gather as many acorns and nuts as possible. This is because their food supply is thin during the coldest parts of the year. They’ll store these acorns for months until it is time to burrow in for the season. During the winter months is when you are likely to see a rise in squirrel infestation within the home because they are trying to find warmth and shelter.

How do squirrel breeds differ?

Can squirrels damage a home?

Squirrels, much like any other rodent, can cause extreme damage to a home or business. These creatures will chew through wood or exterior siding in hopes of getting inside the home. Once they get inside, the damage doesn’t stop. Squirrels can chew through electrical wiring, plastic, and even furniture. In many cases, squirrels have started fires because they gnawed on dangerous electrical wires. Even if these squirrels do not cause physical damage to your home or business, their vacation in your home can harm your health. These rodents can easily carry disease, and their droppings can be incredibly harmful. While these furry acrobats can be mesmerizing to watch, it is necessary that you have them removed from your home immediately.

As the winter months are approaching in Central Texas, it is important to be on high alert for squirrels or any other kind of pests in your home. If you’re looking to avoid any unwanted roommates, read more about how to prevent entry or infestation of your space. If you’re already seeing signs of an infestation in your home or business, call 855Bugs to schedule a free inspection today! 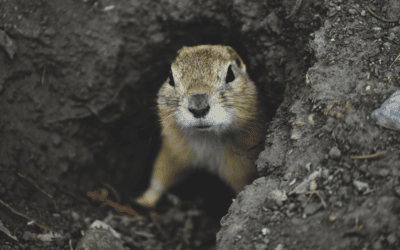 Gophers The rodent family is expansive, and telling some of these pesky animals apart from each other can get confusing. The gopher is a prime example of an animal in the rodent family that easily gets misidentified. Many myths have arisen about gophers due to the... Where do mice go in winter? If you have mice in your home during winter, you're not alone. Mice don’t hibernate when temperatures drop. Like any other warm-blooded animal, they need protection from the cold during the winter months. They also need alternative food...